Digital has a sizeable carbon footprint. The increase in the production of green technologies is expected to significantly reduce greenhouse gas emissions.

It is possible to significantly reduce the carbon footprint of what we consume without a technological revolution. The two most impacting sectors are mobility and building, says the French Agency for Environment and Energy Management ADEME. It is for this purpose that the European project Bike2Work was launched.

The Bike2Work project aims to promote the regular use of bicycles for commuting. It promotes the joint use of promotional and awareness campaigns for residents and businesses. Nantes Métropole incorporated this European project in 2014 as part of its Climate Plan, which aims to halve greenhouse gas emissions from transport and housing. At the same time, the sustainable urban mobility plan (SUMP) plans to reach a modal share of 12% for bicycles by 2030. It is with the knowledge that daily commuting has the greatest potential for change that Nantes Métropole decided to commit to this project.

In 2014, two calls for bicycle projects were launched: one for citizens, the other for businesses. The main objective is to encourage and develop measures to encourage commuting by bicycle. This involves communication with the general public on the benefits of regular cycling and support for economic players on this theme.

The Bike2Work project is funded by the Intelligent Energy Europe programme and brings together 14 partners from 13 different European countries. This diversity makes it possible to promote collective emulation and to capitalise on everyone's experience. It is co-ordinated by the European Cyclists' Federation (ECF), which unites the majority of cycling advocacy associations at European level. The ECF also organises the Velocity conference.

What are the benefits of cycling to work?

More and more French people are deciding to cycle to work, a means of transport that has multiple benefits. First, by commuting by bike, you are acting to help the climate. If everyone did this, it would be easier to reduce greenhouse gas emissions. For the moment, those set during the Paris agreements are still very far away. Pollution peaks also reflect the degradation of the climate. In addition to preserving the planet, taking up cycling saves a lot of money because you will not haves pay for parking or petrol and maintenance costs are much lower. Cycling also helps you to keep fit, but it especially saves you valuable time by avoiding traffic jams.

Cycling to work does not prevent people from taking public transport and moving around easily. Several designers and manufacturers such as Brompton offer folding bikes for towns and suburbs. Both agile and light, these bikes are changing the lifestyle of users in towns. They pay for themselves in a few months and are designed for the safety of cyclists. Some bicycles are also made to measure, from handlebars to colours, via lighting and luggage carriers. You no longer have any excuse not to ride a bike!

Adapting towns to climate challenge: the result of eleven experiments in Paris

Check out the winners of the Responsible Economy Awards #RSE @reseaualliance

Eclaira Newsletter No. 13 editorial: Digital: an ally of the circular economy?

[Energy Focus] Energy control through use

[The material impact of the immaterial 2/2] Solutions to reduce the impact of servers. 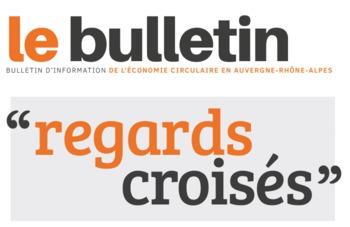 [Insights] The ambiguous role of digital